Tonight was not predicted to provide the display of aurora that we had witnessed two days earlier, There was a forecast prediction of KP3, in itself still very good for our northerly location. However the forecast was for completely clear skies, probably the clearest potential evening of the trip.

We headed out to our remote location outside of Vik in the SE of the country, knowing that any display would be visible tonight.

We waited from about 21.00, as a band of aurora soon became visible on the Northern horizon but it was weak and lacked any intensity. We waited until 23.45 when we were convinced that the potential was not going to increase, so were ready to call it a night and head back to the hotel as there was no indication the display would improve.

However we then noticed the aurora flare to our West and a band began to intensify and streak across the sky in front of us.
This display way incredibly intense and continued to pulse for over an hour.

We decided to move locations and headed out to get a view of the bay, and as we arrived the aurora intensified again giving us another 15 minutes of viewing.

Eventually we decided to call it a night after a better evening than we had hoped. 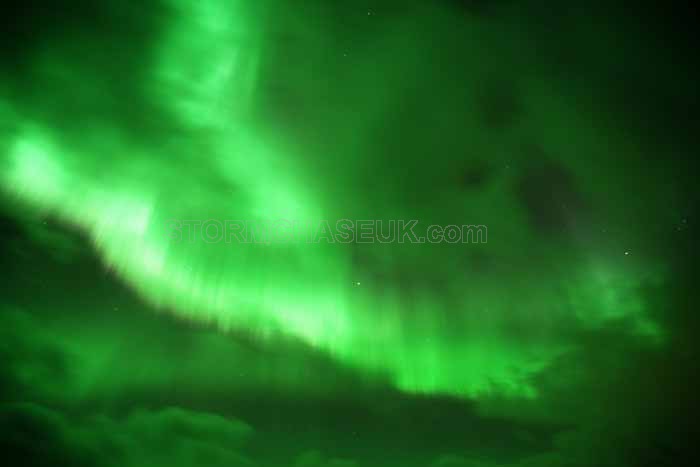