Costa Rica is part of the famous 'Pacific Ring of Fire' along the spine of the Cordillera Rise.
High mountains and volcanoes have been forced upwards where the Cocos plate pushed underneath the Caribbean plate.
In March 2008, whilst in Costa Rica I was able to visit 3 volcanoes.

The Arenal Volcano stands 1,657m high and is a constantly active Stratovolcano, that lies adjacent of Lake Arenal on a latitude of 10.463N and a longitude of 84.703W.
The growth of Arenal has been characterised by eruptions at several hundred year intervals with lava effusions helping to strengthen the cone. The last major explosive eruption began in 1968, since when these periods of lava effusions and pyroclastic flows have occured on the vents on the western flank and at the summit.
The summit rises almost vertically from the surrounding plains often obscurred by cloud, however when I visited the volcano I was able to view the entire cone and observe the clouds of steam bubbling out of the top.
Arenal's constant activity prohibits climbing, but after dark I was able to witness from a distance, glowing lava bombs being hurled from the summit. 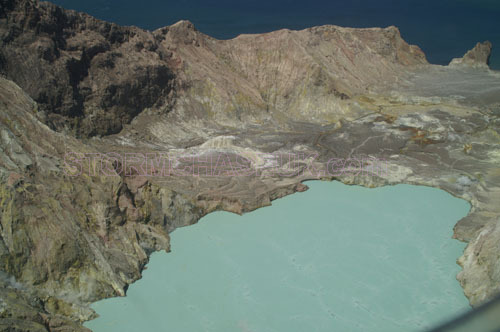