After heading to the Arctic Lapland region of Finland, we arrived at the small town of Luosto for an opportunity of hopefully witnessing the Northern Lights.

On the second night we headed to our best location a frozen lake, where we braved the cold for around 4 hours before being rewarded with a band of aurora which danced for about 15 minutes as the cloud began to clear.

There was a brief glimpse of activity on the 23rd but the best display of our trip was to be on the 25th, the penultimate night, where we had a value of KP4 with a strong southerly IMF, but there was plenty of cloud cover.

We braved the extreme -27 temps as we stood on our frozen lake for about 3 hours. My camera was continually freezing over but thankfully was built to deal with these extreme temps and still operated.

Eventually the cloud cleared as the wind switched suddenly to our south. The sky then revealed an awesome display of aurora that danced right over our heads in beautiful curtains of activity to the sound of cheering from our group as our long cold wait was finally rewarded. 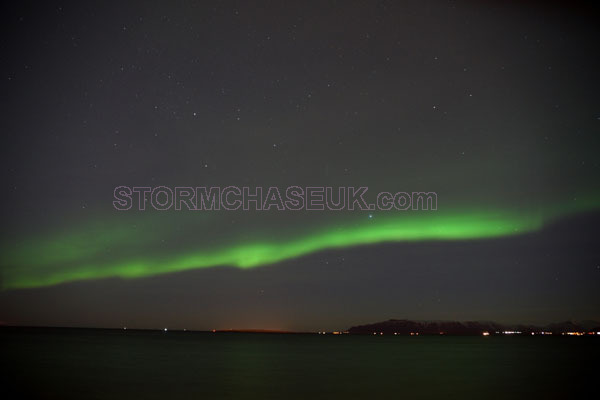