TOTAL SOLAR ECLIPSE, 22nd JULY 2009, CHINA.
.
I travelled to eastern China to intercept the total solar eclipse, which was scheduled to have just under 6 minutes of totallity, one of the longest eclipses of the century. We travelled to Hangzou, in Zhejiang province, approx 250 miles south of Shanghai. We set up on the shore of the river in the morning and waited for first contact (8:21 local time). The weather was hot and humid and the sky was heavily clouded (90%+) with stratocumulus- the outlook was not promising, but there was a fair degree of cloud movement allowing the sun to appear for short periods. A few minutes from approaching totality (9:34:48am) the sun became completely obscured. We managed to see some of the moving shadow, felt the extreme temperature drop and the eerie darkness that comes with totality, but were denied a glimpse of the corona of a totally eclipsed sun that we had hoped for. Totality ended at 09:40:29. Although, disappointed to have been denied a great view of the main event, I was able to take these atmospheric shots of the partial phases with the sun moving through the cloud, during those opportunities when the sun became visible. 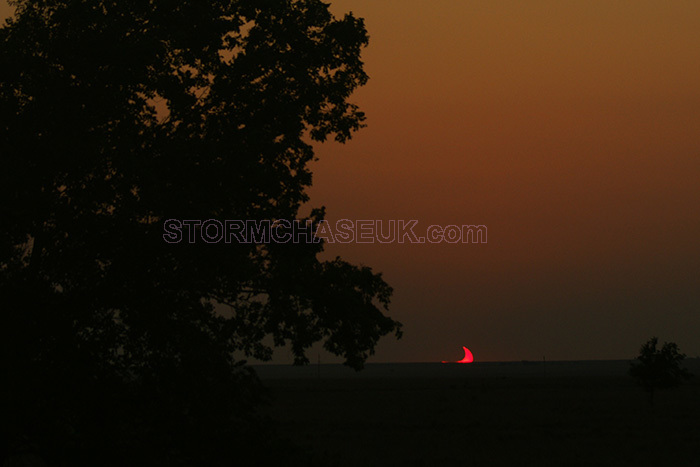