Irazu is Costa Rica's highest volcano rising to 3,432m, and due to it's altitude you can look across the crater rim and see the the cloud tops in the valley below. Irazu lies immediately east of San Jose and is one of the countries most active volcanoes, although no lava flow has been identified from Irazu in the last 14,000 years, but all known Holocene eruptions have been explosive. The most active of the craters lies to the west and contains a rain filled lake.
The first well documented eruption took place in 1723, and frequent explosive eruptions have taken place since, and indeed ash fall from a large eruption between 1963-65 caused significant disruption to San Jose and it's surrounding areas. 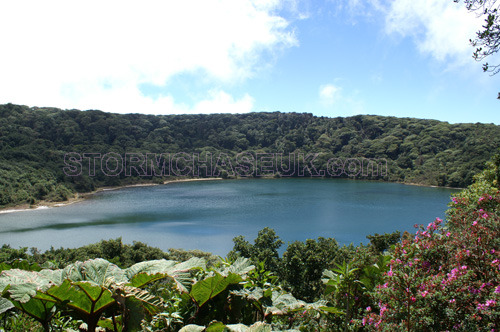