We headed up for a four day adventure high into the Arctic Circle to the Swedish Lapland region in search of the Aurora Borealis or Northern Lights.

After staying on night at Absiko, we arrived at jukkasjärvi, 200 miles into the Arctic Circle where we were to spend 2 nights at the original Ice Hotel.

On our first night, it appeared there would be an opportunity to witness the aurora, so 5 of our party headed out after midnight in an attempt to see the elusive phenomena.

The solar activity had not previously been very active with only a KP0 value, although a small solar flare was due to impact in the atmosphere today, so a sighting was not expected to be very bright but after a long wait in the -10 conditions, we saw a faint glow on the northern horizon, not very visible to the naked eye. However with a long photographic exposure it was revealed that the aurora was present.

I managed to shoot a few pictures before our aurora display vanished into the night. 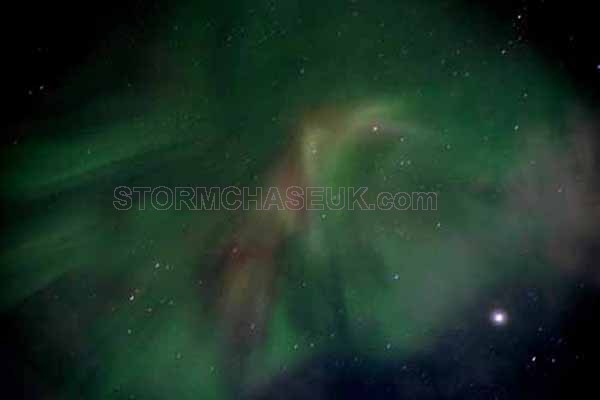